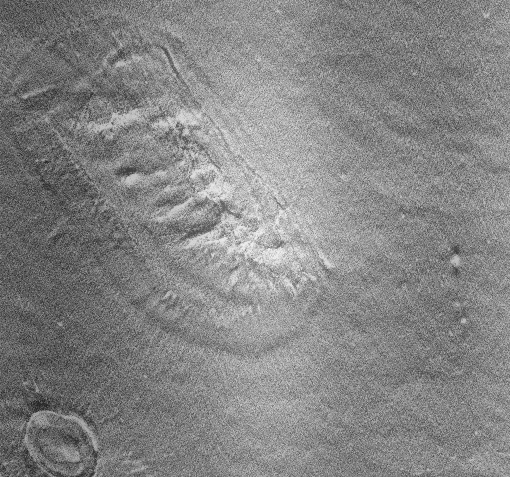 Mars Orbiter Camera (MOC) image of a 4.42 by 82.94 km area of the Cydonia Region, filtered and contrast enhanced. The formation in the upper left quadrant of the picture after being photographed by the 1976 Viking mission and released by NASA was doctored and made to look like a "Face on Mars". As you can see it is only a natural rock formation. You can be sure that the Illuminati, socialist, and intelligence community "change agents" will put it on a computer and (again) make it look like a face. This time don't be fooled by the uFOOLogy fringe sector... and unless you want your brain to turn into mush stop listening to the Freemasons Richard Hoaxland, (whoops) I mean Hoagland, and Art (BS) Bell.