Caution is advised when delving into uFOOLogy. Most associated with this field are government agents, members of the Mysteries, con-artists, fakes, frauds, or just nuts. There are very few legitimate researchers and even less legitimate research. Finding the truth amid this mountain of lies, insanity, foolishness, fantasy, and misinformaion is a monumental task.

Alien Autopsy: The Manikin Who Fell to Earth

Who is Donald Francis Ecker III?

Donald Francis Ecker III held the lowest ranked position as a prison guard at the Idaho State Prison. He never received a promotion in all the time he was a prison guard. Ecker quit to accept a position as Narcotics Deputy Trainee with the Canyon County, Idaho Sheriff's Department. He never finished his training and never became a real deputy. Ecker was fired for cause after repeated incidents of drunkenness threatening patrons and bartenders with arrest in Canyon County Bars.

Out of a job he returned to the Idaho State Prison once again as the lowest ranked prison guard. During a training excercise where he was supposed to have an empty weapon he shot his own leg off and that was the end of Donald Francis Ecker III's law enforcement career. He returned to being a drunk, (Ecker is a chronic alcoholic) was awarded three DWI (driving while intoxicated) tickets. He was awaiting trial on the third ticket and would have gone to jail as there is no lesser penalty in Idaho for a third DWI offense. During his wait for trial Donald Francis Ecker III, during a drunken rage, beat his girlfriend. She filed formal criminal charges against him.

Ecker, knowing he was going to go to prison, fled Idaho. He went to L.A. and took up with Vicki Cooper. He romanced her and she made him the Research Director for UFO Magazine. They later married. For several years there were two warrants outstanding in the State of Idaho for the arrest of Donald Francis Ecker III. One for assault and battery. And the other for failure to appear for trial for his third DWI.

During their reign as king and queen of UFO disinformation a web search produced at least a hundred sites containing reference to them or something they had written. Shortly after this information was posted to this web page Donald Francis Ecker III and his wife Vicki (Cooper) Ecker disappeared from the UFO scene. UFO magazine disappeared. And most curious a web search for either name produced next to nothing for 3 years.
Now we see that UFO magazine has reappeared at http://www.ufomag.com/contacts.html under new ownership with Don and Vicki Ecker as employees. And the bullshit is flowing in even greater quantities than ever before. 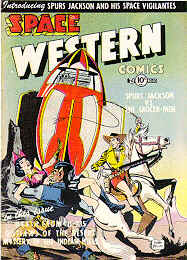 Who is Vicki (Cooper) Ecker?

Vicki (Cooper) Ecker is an ex-prostitute who worked for the famous Washington DC Mayflower Madame Sidney Biddle Barrows. Vicki Cooper was entrapped by the feds and turned State's evidence against her employer. Barrows went to prison for several years. Sidney Biddle Barrows was very eager to tell us the truth about Vicki Cooper who's uncle is associated with the CIA, and who defended Sirhan Sirhan. Are bells beginning to ring?

Vicki Cooper was let off the hook, given a sum of money and told to go to Los Angeles and start a UFO magazine. She knew nothing about UFOs and cared nothing about UFOs. She was met at the airport by Barry Taff, a man she had never seen and did not know. Taff is an associate of Dr. Louis Jollyn West the head of the Neuropsychiatric Institute of UCLA (recently deceased) and the top government mind control expert. Barry Taff located Vicki in an apartment directly below his in Los Angeles. Vicki has stated to numerous people, the testamony of two of them is recorded in the book "Behold A Pale Horse". They were present when Vicki said that the CIA financed and controled her UFO Magazine along with all the major figures in uFOOLogy.

During their reign as king and queen of UFO disinformation a web search produced at least a hundred sites containing reference to them or something they had written. Shortly after this information was posted to this web page Donald Francis Ecker III and his wife Vicki (Cooper) Ecker disappeared from the UFO scene. UFO magazine disappeared. And most curious a web search for either name produced next to nothing for 3 years.
Now we see that UFO magazine has reappeared at http://www.ufomag.com/contacts.html under new ownership with Don and Vicki Ecker as employees. And the bullshit is flowing in even greater quantities than ever before.

Association for the Scientifec Study of Anomalous Phenomena

Aviary, the Aquarium, and Eschatology

Beyond the UFO Conspiracy

UFO Abduction and the Greys

War Of The Worlds

Dr. Barry E. Taff, who holds a doctorate in psychophysiology with a minor in biomedical engineering, and self-styles himself as a parapsychologist out of UCLA's former Parapsychology Laboratory from 1969 through 1978 as a research associate.

Taff also worked for many years directly under Dr. Louis "Jolly" West at the prestigious Pneuropsychiatric Instutite of UCLA. Dr. Taff omits this information from his biography and attempts to duck the issue when confronted. Dr. Barry Taff was involved in mind control experiments under the tutelage of Dr. West. These facts, by his own admission, are a matter of record.

Dr. Barry Taff is the man who met Vicki (Cooper) Ecker at the L.A. Airport when she arrived from Washington D.C. to start UFO Magazine. Dr. Taff, a man who did not know Ms Cooper (now Ecker), had arranged for her to live in an L.A. apartment directly below his own living quarters. In the early days of UFO Magazine Ms Cooper made no secret of the fact that the magazine was funded by the CIA and that she did not have any interest in the magazine or UFOs.

During his 30-year career, Dr. Taff claims to have investigated more than 3,500 cases of ghosts, hauntings, poltergeists and conducted extensive studies in telepathy, precognition and remote viewing. He also was himself investigated as a psychic subject, the results of which were published in Behavioral Neuropsychiatry , "A Laboratory Investigation of Telepathy: The Study of A Psychic", Vol. 6, Nos. 1-12, April-December 1974-January-March, 1975.

One of the cases Dr. Taff investigated in 1974 gained international fame as the book and motion picture, The Entity, starring Barbara Hershey, released by Fox in 1983. Dr. Taff has appeared on numerous TV and radio programs including Strange Universe,Unsolved Mysteries, The Joan River's Show, A Current Affair, Hard Copy, Sightings, Judge for Yourself, The Extraordinary and was a recurring guest on NBC's The Other Side. He has consulted for government, business, and law enforcement, including the CIA, ONI, NSA, DLI, DIA, DARPA, the FBI, Interpol, LAPD, California Highway Patrol, Santa Barbara Sheriff's Department, and the Westminster Police Department. He has served as a technical advisor or script doctor on the films Logan's Run, Demon Seed, Altered States, Poltergeist, and The Entity,

Dr. Taff has written numerous articles for magazines and journals, and has been featured in many books on paranormal subjects ranging from precognition to UFOs. Dr. Taff is also the co-inventor of six (6) medical patents which are currently being developed for the market. 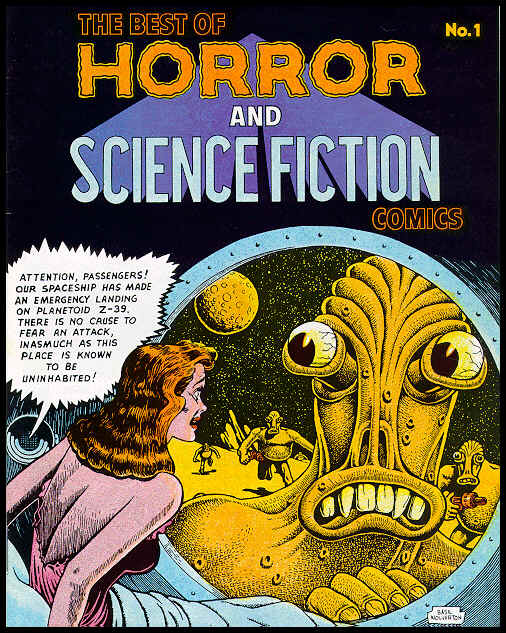